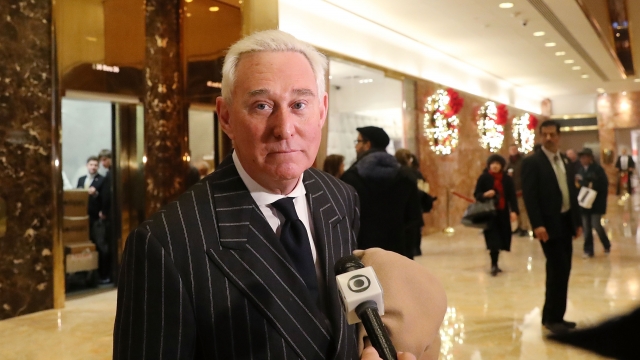 Prosecutors are gearing up to release their evidence against Roger Stone to his defense team, but they say they may need extra time to look over it. The evidence includes multiple hard drives with FBI case reports, search warrant applications and results, bank and financial records, plus all of the information that's on multiple physical devices, such as cellphones and computers.

Stone pleaded not guilty last week to seven counts of lying to Congress, witness tampering and obstruction of justice. If he's found guilty, he could spend up to 20 years in prison.

Special counsel Robert Mueller's prosecutors said the "voluminous and complex" body of evidence will take both sides extra time to review, which could delay Stone's trial. Meanwhile, Mueller wants to issue a protective order to make sure the evidence doesn't get into the wrong hands.

Mueller's team says that during Donald Trump's run for president, Stone was in contact with WikiLeaks — the same website that published emails stolen from Hillary Clinton's 2016 campaign chairman. He also says Stone gave the Trump campaign a heads-up about the email dump.

Stone is set to appear in court Friday.