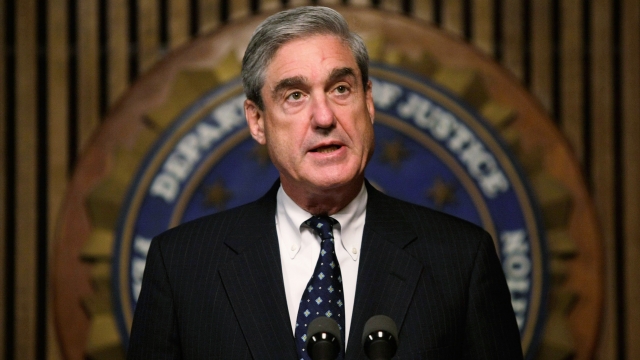 Special Counsel Robert Mueller's investigation into Russian interference in the 2016 election is officially over. The report is now in the hands of the U.S. attorney general.

Attorney General William Barr notified members of the House Judiciary Committee in a letter Friday. Barr said he is reviewing the report and might be able to tell them about Mueller's "principal conclusions" as soon as this weekend. He said he is also going to see what other information, if any, can be released to Congress and be made public.

The White House announced Friday it "has not received or been briefed" on Mueller's report.

In a joint statement, House Speaker Nancy Pelosi and Senate Minority Leader Chuck Schumer said it's important that Barr makes the full report public and provide its findings to Congress. They also warned: "Attorney General Barr must not give President Trump, his lawyers or his staff any 'sneak preview' of Special Counsel Mueller's findings or evidence, and the White House must not be allowed to interfere in decisions about what parts of those findings or evidence are made public."

Senate Majority Leader Mitch McConnell also issued a statement. He said: "I hope the Special Counsel's report will help inform and improve our efforts to protect our democracy."

Mueller's investigation looked at the spread of disinformation on social media and the release of thousands of emails from the Democratic National Committee, among other things. Mueller has charged more than 30 people during his investigation, including three Russian companies and several people with ties to President Trump.

Mueller's long-awaited report has been at the center of Trump's presidency. Right now, it's unclear what this will mean for the president and what Mueller has uncovered.

However, a Justice Department official told the Associated Press Mueller is not recommending any further indictments in the Russia probe.