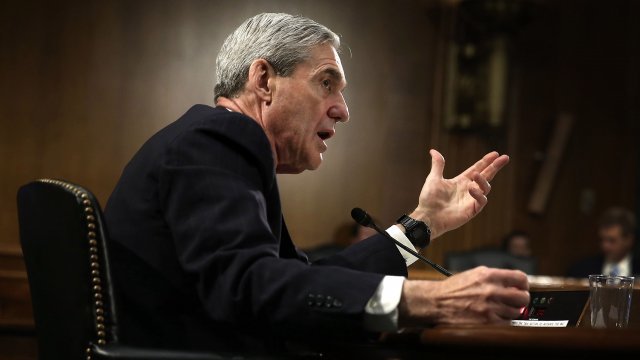 By Matt Picht
December 7, 2018
The Mueller probe is likely to feature prominently during the William Barr's Senate confirmation to be Attorney General.
SHOW TRANSCRIPT

Former Attorney General William Barr will still have a major hurdle to clear before he can get his old job back: the Russia probe

The Trump administration has tapped Barr to replace outgoing Attorney General Jeff Sessions, who famously recused himself from overseeing special counsel Robert Mueller's investigation into potential collusion between Russia and the Trump campaign.

If Barr takes over as the head of the Department of Justice, he'll become Mueller's boss. And that means he'll have the power to slow or even stop Mueller's investigation in its tracks.

Barr hasn't said much publicly about how he feels about the probe, but opponents are likely to seize on his criticisms of some of the attorneys on Mueller's team who donated to Democratic campaigns in the past. 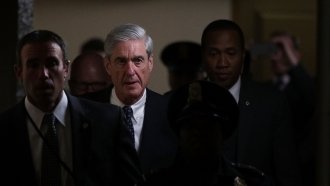 This also isn't Barr's first run-in with special counsel drama: The Washington Post reports that during his stint as Attorney General for George H.W. Bush, Barr mused about firing the counsel running a probe into the Reagan-era Iran-Contra scandal.

Bush eventually pardoned everyone implicated in that investigation, a move which Barr supported. Trump has been hinting he might try a similar tactic with those fingered in the Mueller investigation.

Barr sailed through the Senate on a voice vote when he was first nominated for AG in 1991. His confirmation might be rockier this time around, but the GOP's new 53 seat majority in the Senate bodes well for his nomination.