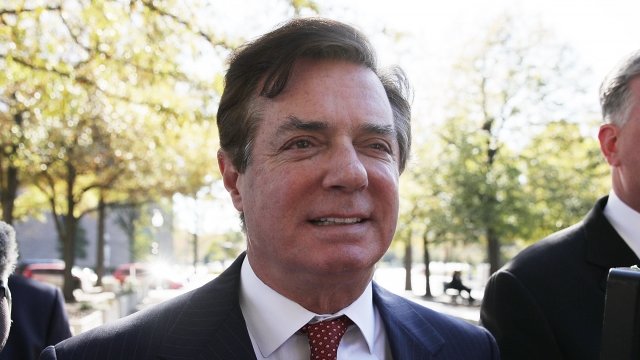 Former Trump campaign chairman Paul Manafort is accused of breaching his plea agreement by lying to investigators, according to a court filing released Monday.

The filing says after Manafort began cooperating with the Russia investigation, he "committed federal crimes" by lying to the FBI and special counsel Robert Mueller's office. Prosecutors say he lied about a "variety of subject matters," which they will detail in another court filing before he's sentenced in February. Prosecutors also say because he broke the plea deal there's no reason to delay his sentencing.

In September, he pleaded guilty to conspiracy and witness tampering. But as part of his plea deal, prosecutors agreed to drop several other charges as long as he cooperated.

Since June, Manafort's been held in a Virginia jail.