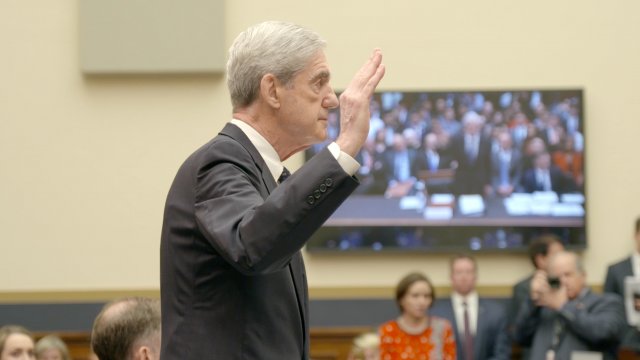 Robert Mueller spoke Wednesday for only the second time connected to his former role as special counsel, and perhaps the last time.

Mueller delivered exactly what he promised before two House committees. As members pressed him for answers, Mueller either declined to answer or pushed members to his report time after time. More than 100 times, in fact, during just the first hearing.

Judiciary Democrats focused the majority of their time on obstruction and whether the president would have been indicted if he weren't president. At times, Mueller appeared confused and gave conflicting answers.

Republicans used their time to question Mueller's decision-making, the investigation itself and whether the FBI was politically motivated against President Trump.

Mueller answered in greatest detail the questions about Russia's effort to influence the 2016 presidential campaign.

So what comes next? Mueller wants to return to private life. Republicans want the Department of Justice to continue investigating the origins of the investigation. Democrats are considering their next moves. Options include censure of the president, impeachment or just a focus on the campaign trail.