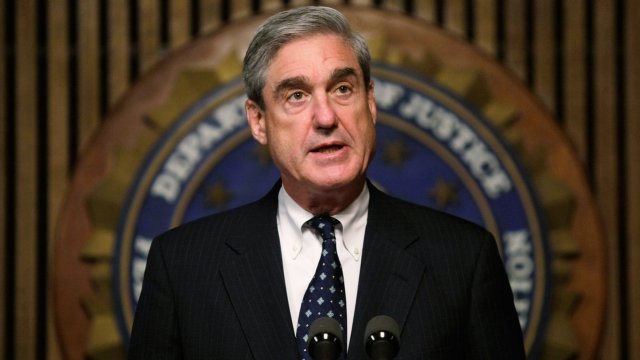 SMS
Mueller's Team Asks For More Time To Decide On A Manafort Retrial
By Caitlin Baldwin
By Caitlin Baldwin
August 30, 2018
Manafort was found guilty on 8 counts, but the jury was deadlocked on the other 10 charges.
SHOW TRANSCRIPT

Special Counsel Robert Mueller's team is asking a judge for more time to decide whether they'll retry Paul Manafort on 10 counts of bank and tax fraud.

Manafort was found guilty on 8 counts, but the jury was deadlocked on the other 10 charges.

In a court filing, prosecutors said they did not "have sufficient information to make an informed decision." The filing asked the judge to extend the deadline "to one week after the Court has ruled on defendant's post-trial motions."

Prosecutors said Manafort's team does not object to delaying the decision.

Manafort's second trial on money laundering and other charges is set to begin soon. Opening arguments were pushed back until Sept. 24.