Mueller Report Lays Out Russian Interference, Without Links To Trump 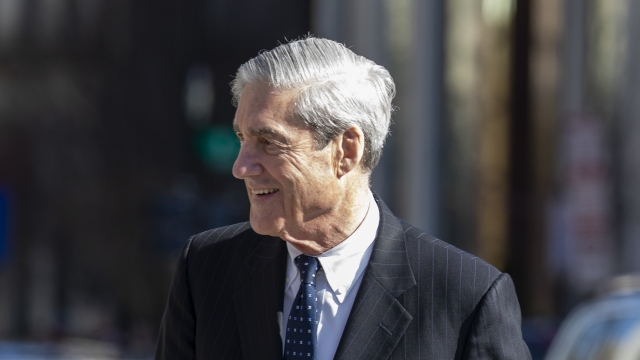 The report examines two main vectors of attack by Russia: online disinformation via social media; and dissemination of material hacked from Democratic politicians and organizations. Both of those operations were meant to help President Trump's campaign at the expense of his rival, Hillary Clinton.

The Mueller report notes that some members of the campaign responded enthusiastically and even encouragingly to Russia's electoral meddling efforts — particularly over their release of stolen material.

During the campaign, Trump said: "Russia, if you're listening, I hope you can find the 33,000 emails."

At the same time, the investigation found several significant ties between the Trump campaign and associates of the Russian government, including the infamous Trump Tower meeting between Donald Trump Jr. and a Russian agent back  in July 2016.

But according to Mueller, none of those connections provided enough evidence that anyone in the Trump campaign knowingly aided Russia's electoral interference efforts.

Attorney General William Barr released a version of Mueller's final report which heavily redacts most of the descriptions of Russian interference. Most of those redactions are to protect sensitive information used by other investigations.

Barr told reporters: "The Russian operatives who perpetrated these schemes did not have the cooperation of President Trump or the Trump campaign."

At least 25 Russian nationals and three companies were indicted for interfering with the 2016 election: those cases are still ongoing.