Mueller Reportedly Wants Documents On Trump And His Advisers 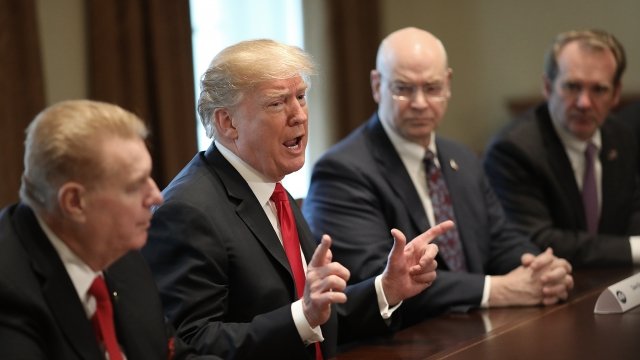 Special counsel Robert Mueller reportedly issued a subpoena for communications involving President Donald Trump and some of his advisers.

That's according to Axios, which says the subpoena was sent to an unnamed witness last month.

The outlet says Mueller's subpoena is for documents going back to Nov. 1, 2015, when Trump's campaign for president was already underway. Axios reports Mueller wants emails, texts and other forms of written communication.

News of this subpoena comes after The Washington Post reported over the weekend that Trump believes he'll not be swept up in Mueller's investigation into Russian meddling in the 2016 U.S. presidential election.