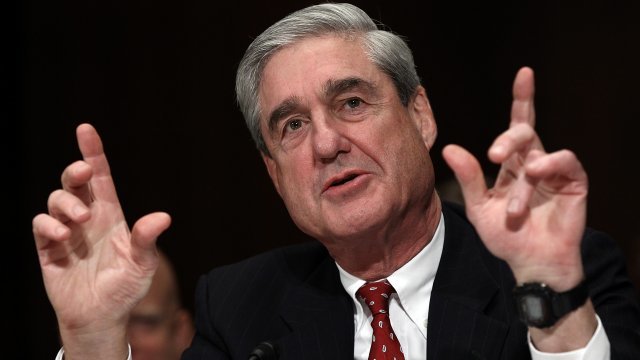 SMS
Reports Say Anti-Trump Texts Got An FBI Agent Pulled From Russia Probe
By Gabrielle Ware
By Gabrielle Ware
December 3, 2017
The news of the agent's reassignment was first reported in August, but details were unclear.
SHOW TRANSCRIPT

An internal investigation first reported on Saturday revealed text messages sent by Strzok could be seen as supporting Clinton.

A spokesperson for Mueller's office said, "Immediately upon learning of the allegations, the special counsel's office removed Peter Strzok from the investigation."

Mueller seems to be trying to keep the stigma of bias off his investigation. Republicans have accused him of such in the past, saying his role as a former FBI director creates a conflict of interest.

President Donald Trump tweeted Sunday morning, "After years of Comey, with the phony and dishonest Clinton investigation (and more), running the FBI, its reputation is in Tatters."

The content of Strzok's text messages has not been publicly revealed. Law enforcement officials who have worked with Strzok told the New York Times they've seen no evidence to suggest he let his political views influence the investigation.

Though, Fox News reports the role Strzok played in the Clinton investigation may now be under review at the Department of Justice.