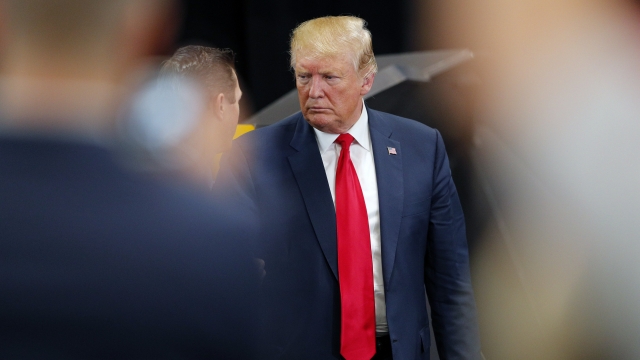 Over more than 180 pages, special counsel Robert Mueller laid out what his team uncovered while investigating the president for possible obstruction of justice. The report says, "the President sought to use his official power outside of usual channels." But it also says those efforts failed, "largely because the persons who surrounded the President declined to carry out orders or accede to his requests."

One of the key people who didn't do what the president asked was former White House counsel Don McGahn. The report says he refused President Trump's request to get Mueller fired in June 2017, and he was willing to resign to make sure Mueller kept his job. McGahn said at the time he thought firing the special counsel would lead to a "Saturday Night Massacre."

Jeff Sessions also avoided impacting the investigation despite President Trump's direction. On multiple occasions, the president asked his then-attorney general to un-recuse himself from the special counsel's probe.

Mueller's team doesn't come to a final decision on whether or not the president's actions constitute obstruction of justice. The report says, "if we had confidence after a thorough investigation of the facts that the President clearly did not commit obstruction of justice, we would so state." But it goes on to say the report "also does not exonerate him."