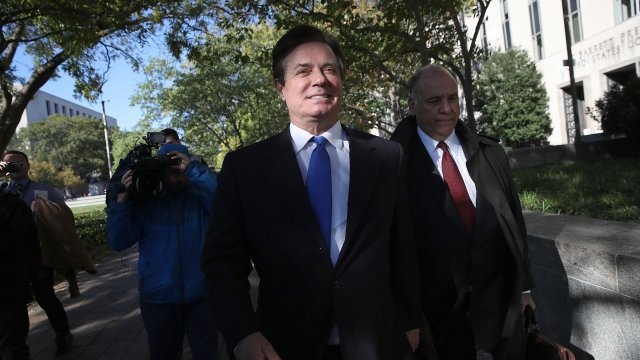 On Friday, special counsel Robert Mueller revealed who could be called to the stand for the prosecution in Paul Manafort's first trial.

In a court filing, Mueller submitted a list of 35 "potential witnesses" for Manafort's trial in Virginia. Manafort is facing a slew of bank and tax fraud charges.

Not surprisingly, Manafort's former business partner Rick Gates is on the witness list. He was indicted along with Manafort in February, but Gates pleaded guilty in another case in exchange for the Virginia charges being dropped.

Five of the potential witnesses were already known, and they each have an immunity deal. Others include a political consultant, a real estate agent and Manafort's former personal assistant.