Special Counsel Mueller Could Have New Insight Into Comey's Firing 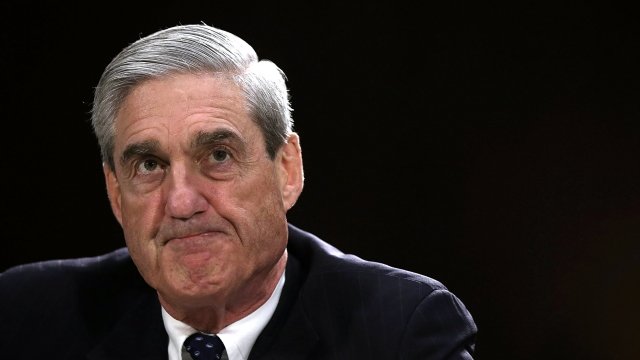 SMS
Special Counsel Mueller Could Have New Insight Into Comey's Firing
By Grant Suneson
By Grant Suneson
September 1, 2017
Special counsel Robert Mueller has a letter President Trump wrote about why he fired FBI Director James Comey, which may impact his investigation.
SHOW TRANSCRIPT

After FBI Director James Comey was fired, the White House gave conflicting explanations as to why.

But special counsel Robert Mueller may now have a better idea. The New York Times reported the Justice Department gave him a draft letter by President Trump that indicated his reasoning for the dismissal.

We're not sure what's in the letter, but it could factor into Mueller's investigation of whether Trump obstructed justice. Trump fired Comey during the FBI's investigation into potential collusion with Russia.

Hours later, Trump told NBC: "I was going to fire Comey — my decision. ... When I decided to just do it, I said to myself, I said, 'You know, this Russia thing with Trump and Russia is a made up story.'"

Sources told the Times that White House counsel Donald McGahn stopped Trump from publishing the letter because "its angry, meandering tone was problematic."