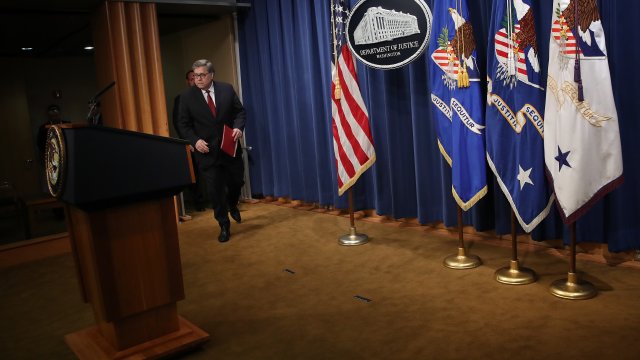 Special counsel Robert Mueller investigated nearly a dozen instances of potential obstruction of justice by President — and even candidate — Trump.

Those range from publicly pushing back on allegations that Russia was involved in hacking and trying to influence the election to encouraging potential witnesses not to "flip" and to "hold the party line," even appearing to potentially threaten some witnesses on Twitter.

Mueller looked deeply into the president's conduct involving the firing of FBI Director James Comey and the defending of national security sdviser Michael Flynn. He also looked at the president's contacts with his personal attorney, Michael Cohen.

One of the biggest new findings is around the special counsel itself. When Attorney General Jeff Sessions recused himself, the president said to him: "You were supposed to protect me. ... I'm f---ed." Former White House counsel Don McGahn told investigators the president ordered him to fire the special counsel. McGahn refused and planned to resign to prevent carrying out what he deemed to be a potentially illegal act.

The report also found, at several points, the president reached out to the director of national intelligence, the CIA director and NSA officials, and called Comey twice about the Russia investigation despite warnings from White House counsel not to.

On Russia, Mueller found President Trump misled the public, and maybe investigators, on plans to build a Trump Tower Moscow. The president's former personal attorney Michael Cohen told investigators he consulted with the president's lawyers several times before providing false testimony to Congress. They told him to "stay on message" and not contradict the president. They also discussed pardons.

In the report, the special counsel says the president asked aides on several occasions not to talk about his son's meeting with Russians at Trump Tower. He also edited a statement from Donald Trump Jr. denying parts of the meeting. Cohen testified he believes the president knew about the meeting in advance.

The report also affirms public reporting that the president asked former FBI Director James Comey for loyalty and to let go of the investigation into Flynn.

Though the special counsel found all of these instances and dismissed some legal defenses from President Trump's team, he declined to rule that the president had, in fact, obstructed justice. He did say that Congress could police obstruction, providing a potential road map for them to do so.