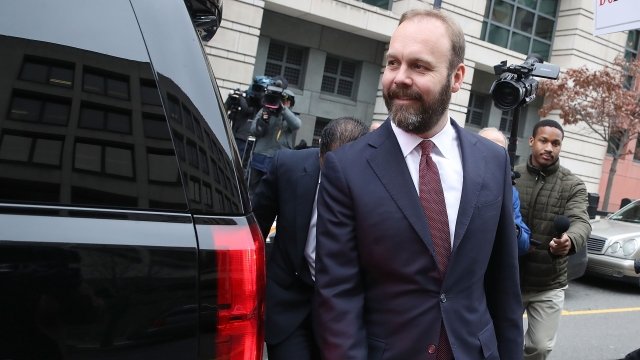 Court documents claim Rick Gates told Alex van der Zwaan a person they were in contact with was "a former Russian Intelligence Officer."

Court documents allege a former Trump campaign deputy was in contact with someone in late 2016 who is believed to have ties to a Russian intelligence agency.

Special counsel Robert Mueller filed documents relating to the case against Alex van der Zwaan, a London-based Dutch lawyer who pleaded guilty to lying to investigators about his contact with Rick Gates.

Gates was a business partner of Paul Manafort and campaign deputy during Manafort's time as then-candidate Donald Trump's campaign manager. The court documents filed Tuesday allege Gates and van der Zwaan were in contact with a person identified only as "Person A."

The filings claim Gates told van der Zwaan "Person A was a former Russian Intelligence Officer with the GRU." The GRU is Russia's military intelligence agency and the successor to the KGB. The documents say the FBI also believes Person A "has ties to a Russian intelligence service and had such ties in 2016."

The documents also allege that communication happened in September and October of 2016, during Gates' time on the Trump team and only weeks ahead of the presidential election.