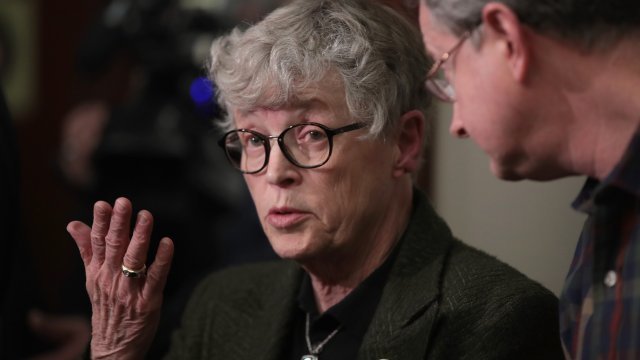 Simon said in her resignation letter: "I can never say enough that I am so sorry that a trusted, renowned physician was really such an evil, evil person. ... I will continue to do whatever I can to help MSU prosper in the future."

Nassar was sentenced to 40-175 years in prison Wednesday. During Nassar's trial, several of his accusers spoke out about how the university handled the situation.

Rachel Denhollander, a survivor of Nassar's abuse, criticized an MSU statement on the scandal by saying, "It's nice to know that over 200 sexual assault victims rank below a basketball stadium."

Simon faced pressure from the school's trustees and even state lawmakers to resign. MSU is currently under investigation by the NCAA.