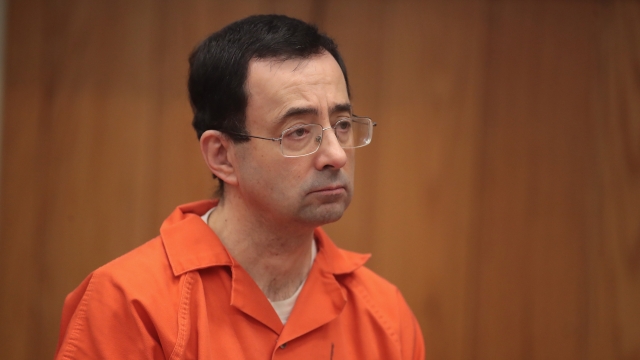 Michigan State University will have to pay $4.5 million for its "total and complete failure" to protect students from former sports doctor Larry Nassar and former dean William Strampel.

The U.S. Department of Education announced the fine Thursday after two separate investigations. It's the largest fine given out under the federal Clery Act, a statute that requires colleges and universities to disclose crime and security statistics.

Education Secretary Betsy DeVos said the crimes committed by Nassar and Strampel, as well as the university's response, are "disgusting and unimaginable." She said, "This must not happen again — there or anywhere else."

Nassar was convicted on multiple charges of sexual abuse and misconduct and will spend the rest of his life in prison. Strampel was sentenced to one year in jail for misconduct in office and neglect of duty.

The fine is on top of a $500 million settlement — paid to over 300 survivors — that the school agreed to last year.