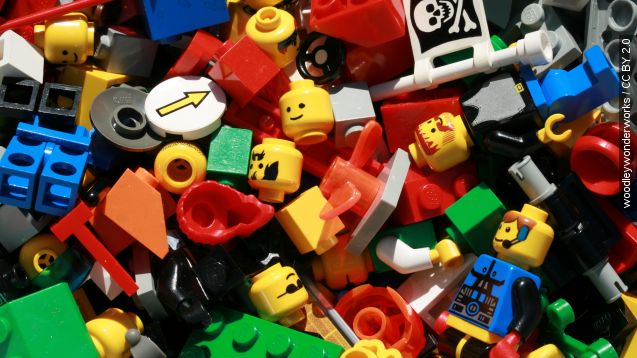 In a playground of iPads and video games, good old-fashioned children's toys are making a comeback. You can thank movies for that.

Lego enjoyed a year of profits following the 2014 release of "The Lego Movie." And movies this year have continued to boost sales. Lego sets based off "Jurassic World" and the newest "Ninjago" are selling fast. (Video via Warner Bros. / "The Lego Movie")

Wednesday the Denmark-based company announced strong first-half earnings. It has officially surpassed Barbie-maker Mattel to win the crown as king of toys. (Video via Lego and Mattel)

"You just went and made a new dinosaur? Probably not a good idea." (Video via Universal Pictures / "Jurassic World")

But definitely a good idea for the company with the license to make those toys. Sales of licensed toys in the U.S. jumped 7 percent in the past year, according to NPD Group.

Hasbro Brand President John Frascotti told Fortune, "2015 is really the beginning of an unprecedented era of new entertainment that is going to build every year."

Upcoming movie releases will likely back that prediction. According to The Wall Street Journal, Hasbro won the rights to make toys based on some of Disney's princess characters beginning in 2016.

And, of course, there's this. (Video via Lucasfilm Ltd / "Star Wars: The Force Awakens")

"Star Wars: The Force Awakens" toys are set to hit shelves in the next few weeks.