Move Over, Santa; An Asteroid Is Flying By Earth This Christmas Eve 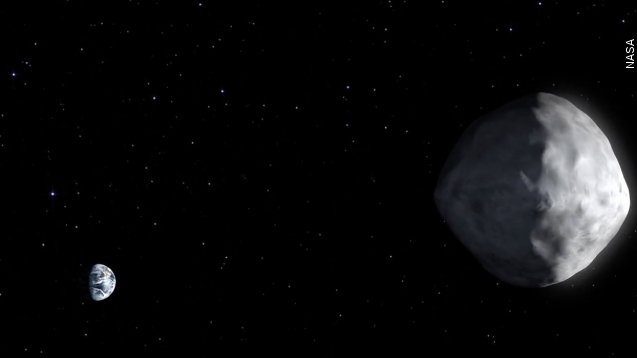 SMS
Move Over, Santa; An Asteroid Is Flying By Earth This Christmas Eve
By Ryan Biek
By Ryan Biek
December 24, 2015
This will be SD220's first of five appearances over the next 12 years. NASA is even reportedly considering sending humans to it in the future.
SHOW TRANSCRIPT

If you're given that telescope a day early, you have a chance to see an asteroid fly past Earth this Christmas Eve. (Video via NASA)

The asteroid known as 2003 SD220 is almost a mile wide and racing at a relative velocity close to five miles per second.

Don't worry, though –– NASA says at its closest point, it'll still be 28 times the distance between Earth and the moon away from us. On the downside, you won't be able to see it with the naked eye.

And if you don't catch a glimpse of the Christmas Eve asteroid, you can sleep easy knowing this will be just its first of five appearances over the next 12 years.

NASA won't be missing any opportunity to collect data from SD220, though. Popular Science reports the agency is even considering a mission to it in the future. (Video via NASA)