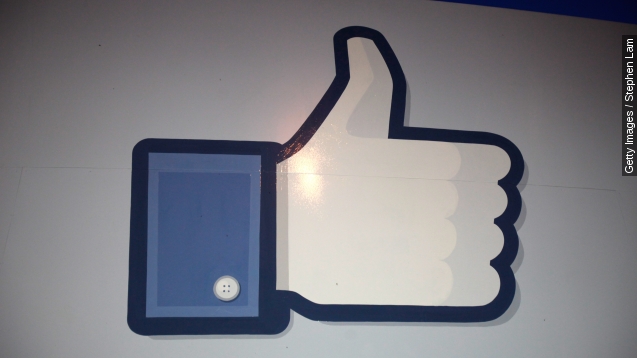 SMS
Move Over, 'Like' Button; Emojis Are Coming To Facebook
By Ryan Biek
By Ryan Biek
October 8, 2015
Facebook has plans to test emoji-like "reactions" in Spain and Ireland.
SHOW TRANSCRIPT

Give the people what they want: tiny cartoon faces instead of actual words.

Facebook users in Spain and Ireland will reportedly be able to test versions of the social media website's "reactions" emojis.

Facebook has long had "stickers" for its messenger function, but perhaps it found people just want faces — not faces on pizza slices and ketchup bottles. (Video via Facebook)

The company has expressed interest in moving beyond the "like" button for a while now. (Video via Facebook)

Co-founder Mark Zuckerberg recently said Facebook was working on a "dislike" button, not for negativity but for users to show empathy.

For now, you'll have to show empathy with a sad, frowny face. If that makes you mad, at least you'll be able to express it with this little guy soon.

This video includes images from The All-Nite Images / CC BY SA 2.0.