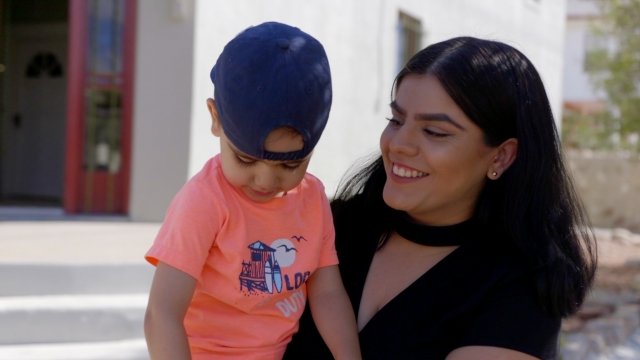 SMS
A Mother's Journey From Violence In Mexico To Legal Limbo In The US
By Christian Bryant
By Christian Bryant
July 18, 2018
In 2016, Mariana Ibarra came to the U.S. looking for asylum. She explains what happened after her claim was denied and why she'd do it all over again.
SHOW TRANSCRIPT

Mariana Ibarra was 21 years old when she left Mexico for the U.S. with her mother, her sister and her then-6-month-old son, seeking refuge from a complicated threat.

"I think the violence always existed in [Ciudad] Juarez, but I was never involved or was affected by it until I started to [date] this person and he went to jail," Ibarra said. "He then started to get involved with the drug cartels, and when I wanted to distance myself from that, he threatened me so that I would stay with him."

According to court documents, Ibarra said she feared for her life because she was physically abused by her boyfriend and intimidated by the police. So in 2016, she made her way to the U.S. to seek asylum.

Ibarra was detained for eight months while her case moved through the court system. Her sister, who is a legal resident in the U.S., cared for her child while she was away. 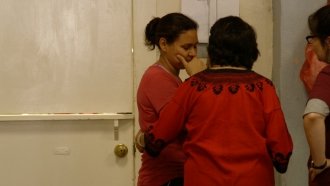 Reunions Are Elusive For Families Separated At The Southern US Border

Although Ibarra knew where her child was, her situation was similar to others publicized since the implementation of the Trump administration's "zero tolerance" policy: She's a parent who fled her country for protection and was separated from her child for an indefinite period of time while waiting to learn her fate.

Newsy spoke to Ibarra in El Paso, Texas, where she has since relocated. She explains what happened after her asylum claim was denied and why, if she had to, she'd do it all over again.