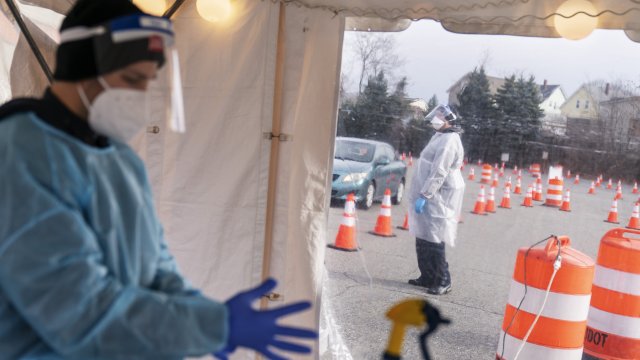 Congress is deadlocked on a COVID-19 relief bill as the FDA takes steps to authorize the vaccine.

Congress is at a standstill on COVID relief, a bipartisan $908 billion plan has not gotten support from party leadership. The major hangups: liability protections and additional state and local government funding.

Democrats do not want to see more legal protections from virus-related suits included for organizations continuing to operate amid the pandemic. Republicans like Senator Rick Scott are adamantly opposed to giving more funding to state and local governments.

The White House's proposal includes both, but with cuts to unemployment benefits, another nonstarter for Democrats.The stalled talks continued on the same day the Food and Drug Administration held hearings on the safety of a new vaccine. Polling shows a large number of Americans are skeptical of getting the vaccine. So how do our nation's leaders feel?

Newsy reached out to every member of the Senate to find out what they'll do, and we've heard back from more than a quarter of them. So far, all have said they're planning to take the vaccine when it's available. 54 senators are over 65, putting them in the at-risk category. Nearly two dozen more are over 60. One exception -- 68 year old, Florida Senator Rick Scott who announced he had COVID three weeks ago.

It is still unknown how long natural immunity lasts and health experts recommend Americans get the vaccine, even if you've been sick. Scott says he was planning to get the vaccine before he had COVID and will re-evaluate as time progresses. Senator Sherrod Brown, on the other hand, told Newsy he is willing to publicly take the vaccine.

Still, both Senators say they encourage their constituents to get vaccinated when it is made available. As jobless claims this week jump to their highest in months, House Majority Leader Steny Hoyer told members to go home until at least Tuesday, while leadership works out a deal on aid and government funding.