Most Popular Baby Names Of 2014 Include Some Surprises 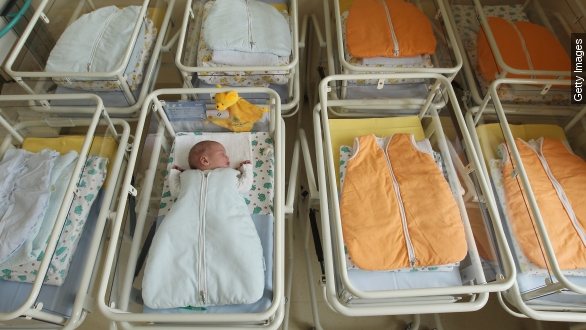 SMS
Most Popular Baby Names Of 2014 Include Some Surprises
By Becca Dunn
By Becca Dunn
May 8, 2015
The top 10 baby names of 2014 have been released, and some new names have made the cut.
SHOW TRANSCRIPT

The top baby names for 2014 have been released. The usual suspects are on the list again, with a few surprises peppered in.

The annual report by the U.S. Social Security Administration reveals the No. 1 boys' name is Noah and the top girls' name is Emma.

The Huffington Post suggests the name Emma has become more popular because it's a name shared by three popular young stars.

The other top names for girls are Olivia, Sophia and Isabella. And for boys, they're Liam, Mason and Jacob.

And along with most popular, the fastest-rising names were also released.

For boys, it's Bode, possibly inspired by Alpine skier Bode Miller from the 2014 Winter Olympics.

And for girls, it's Aranza, which is the name of a lead character in a Spanish soap opera, possibly boosting its popularity.

An interesting new name entrant is Charlotte. This is the first time this name has ever made the top 10. Looks like the Duke and Duchess of Cambridge jumped on the bandwagon just in time for their new baby girl's name.