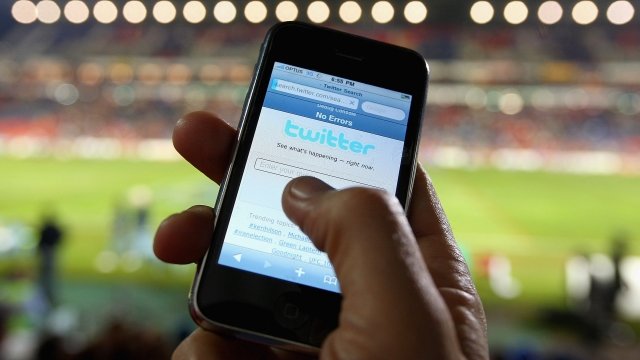 SMS
Report: Majority Of Twitter's 2016 Fake News Accounts Still Active
By Ahmed Jawadi
By Ahmed Jawadi
October 5, 2018
​The study examined how fake news spread on Twitter both during and after the last presidential election.
SHOW TRANSCRIPT

More than 80 percent of Twitter accounts linked to the fake news spread during the 2016 presidential election are still active, according to a new study.

The study, published Thursday by the Knight Foundation, examined how untrue stories spread on Twitter both during and after the last presidential election.

Researchers analyzed millions of tweets from thousands of accounts linked to fake and conspiracy news outlets and found not only a majority of these accounts were still around, but were posting “more than a million tweets” a day combined. Most of the accounts are believed to be bots.

It also found that although some of these accounts created completely fake stories, many of them simply amplified parts of stories with false information. In many cases, the study found these campaigns served a pro-Russia agenda. Researchers said while the disinformation network had both conservative and liberal actors before the election, it has become much more right-leaning since President Trump took office.

In July, Twitter began purging millions of accounts it found suspicious. Researchers concluded that removing the accounts from social media "can be effective at containing the spread of fake news."