Most Government Workers Are Finally Getting Paid After Shutdown 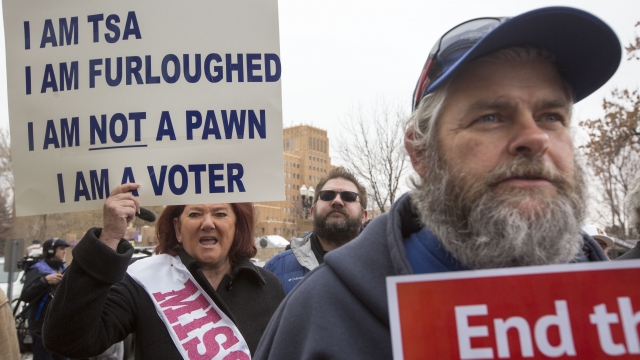 SMS
Most Government Workers Are Finally Getting Paid After Shutdown
By Briana Koeneman
By Briana Koeneman
January 31, 2019
They'll receive the two checks they missed during the shutdown, but they reportedly won't be paid for overtime.
SHOW TRANSCRIPT

Hundreds of thousands of government workers affected by the partial government shutdown are finally getting paid.

The Office of Management and Budget said earlier this week furloughed employees are getting paid "in record time" and that most would receive back pay by Thursday.

According to The Washington Post, all federal workers will get checks for the two pay periods they missed. But they're not going to be paid for any overtime they worked during the shutdown.

About 800,000 federal workers went without paychecks until the government reopened last week. The partial shutdown lasted 35 days, making it the longest in history.

But the fix is only temporary. Lawmakers couldn't reach an agreement on President Donald Trump's request for $5.7 billion to build a border wall, so they'll have to come up with a long-term deal before Feb. 15 to keep the government up and running.