Why Europeans Are Concerned About President Trump 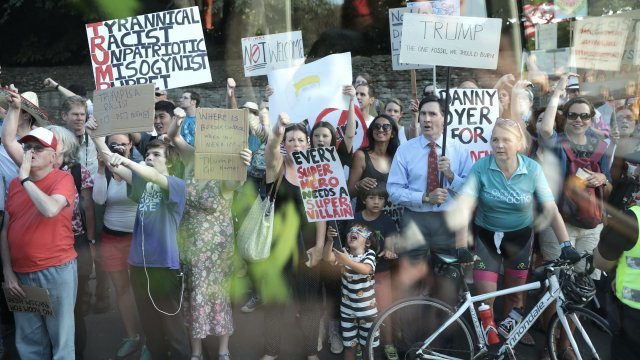 Just around 42 percent of Americans currently approve of President Donald Trump. But what about Europeans?

Trump is in Europe this week, where several protests are scheduled as he works his way from Brussels to Helsinki. Even before he departed for the trip, some European leaders made it clear how they felt about his arrival.

"Dear America, appreciate your allies," said European Commission President Donald Tusk. "After all, you don't have that many."

According to polling from Pew Research, most of Europe does not see the U.S. in the same light it did when President Barack Obama was in office. 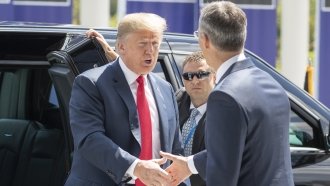 "Some European countries had 70-80 percentage point drops from Obama to Trump," said Jacob Poushter, senior researcher at Pew. "Particularly in Sweden, Germany and France, there were steep drops in confidence of the U.S. president from 2016 to 2017."

The annual Pew survey found that a majority of Europeans disapprove of U.S. leadership, citing personal characteristics as one of the reasons for the decline.

"The sort of garishness, the ignorance, the disdain for other people’s perspective, culture, history and so forth. And so he sort of lives up to the very sort of uglier stereotype that Europeans, including very pro-American Europeans, have about the United States," said Edward Luce, Washington columnist for the Financial Times.

But it goes beyond personality. Pew found that there was disapproval of certain policy choices, like stepping out of the Paris Accord and leaving the Iran Deal. The rise of American nationalism is also something that concerns Europeans about the future.

"I think that, partly, those who dislike Trump in Europe see it’s far more than an abstract feeling; it’s a direct threat because they’re dealing with their own Trump forces internally," Luce added.

Despite the majority dislike of Trump, researchers did find that most Europeans still hold positive views of individual Americans and the freedoms that Americans enjoy.