As The Atlantic Hurricane Season Ends, Here's How Intense It Was 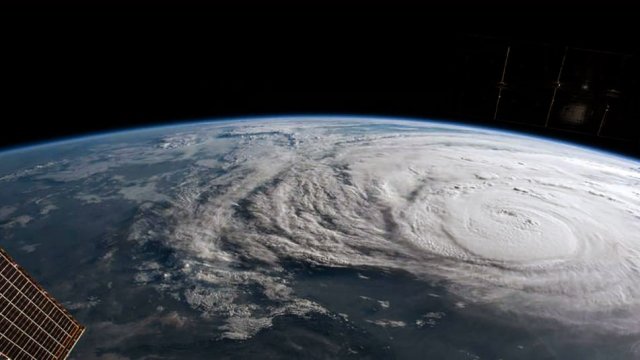 SMS
As The Atlantic Hurricane Season Ends, Here's How Intense It Was
By Tyler Adkisson
By Tyler Adkisson
November 29, 2017
2017 was a particularly active year for the Atlantic hurricane season. Not only was it one of the most destructive seasons, it was nearly as costly.
SHOW TRANSCRIPT

Before the 2017 hurricane season even started, weather researchers predicted it could be unusually strong and active. They were right, but no one knew just how historic the season would be.

Although many of those storms never made it near the U.S., this year was the first since 2005 where a major hurricane made landfall on American shores. It's also the first time in recorded history where three Category 4 storms hit the U.S. mainland in one season.

When researchers looked at accumulated cyclone energy, which measures storm duration and strength, they found 2017 was the fifth most active season on record.

This year was also by far one of the most expensive. The U.S. suffered an estimated $202 billion in damages — that's over half of the approximately $370 billion in damages all storms caused this year. It's the second most costly season since 1960.

Even though conditions across the Atlantic suggest another tropical storm could form, we're probably in the clear for the rest of the year. Experts say a hurricane hasn't ever touched down in the U.S. in December.