Study Says Most Crime Not Linked To Mental Illness 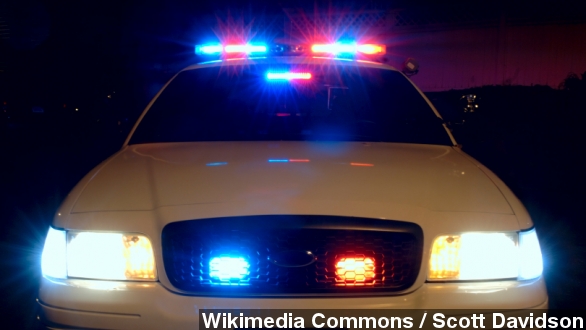 SMS
Study Says Most Crime Not Linked To Mental Illness
By Laura Heck
By Laura Heck
April 22, 2014
A new study finds most crimes committed by people with mental illness are not caused by symptoms of their illness or disorder.
SHOW TRANSCRIPT

It's an association constantly made in TV, film and media: a link between crime and mental illness.

"He has a criminal record and history of mental illness." (Via WMBF)

"What happened at her son's home evolved out of a mental illness he developed while in Afghanistan." (Via KENS)

"Dunkle's attorney says Dunkle suffers with (sic) alcoholism and mental illness and has been diagnosed with depression and bipolar disorder." (Via WSYX)

But a new study published by the American Psychological Association suggests this connection could be largely sensationalized.

The study found that only 7.5 percent of crimes committed by people with a serious mental disorder were directly related to symptoms of their mental illness.

Some of these "headline-making crimes" that have been linked with mental illness include traumatic national tragedies: Columbine, the Fort Hood shootings, the Aurora, Col., theater shooting, Virginia Tech, Sandy Hook.

Take this 2004 Slate story profiling the teenage Columbine killers, for example. It's there in the headline: "The Depressive and the Psychopath."

But for most of the subjects, the study didn't find a valid pattern connecting mental illness and crime over long periods of time.

​Here's what the researchers looked at. They examined 429 crimes performed by 143 defendants of a mental health court through documents and interviews, focusing on three types of mental illness: major depression, schizophrenia and bipolar disorder.

Researchers ranked how related a crime was to mental illness based on the perpetrator's state of mind at the time. Up to 18 percent of crimes were "mostly related," meaning symptoms like suicidal thoughts or hallucination contributed in some way to the cause of the crime but were not the sole motive. (Via U.S. Department of Health and Human Services, YouTube / DepressionOutreach)

The researchers found that two-thirds of the subjects committed crimes based instead on motives related to poverty, unemployment, homelessness and substance abuse — not mental illness.