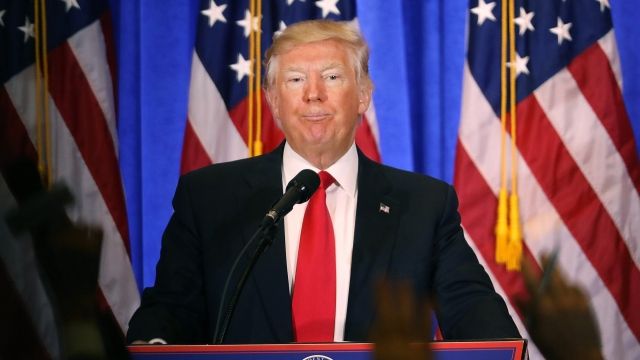 Most Americans want Donald Trump to release his tax returns, but he doesn't get that.

"The only one that cares about my tax returns are the reporters, OK?" Trump said in a press conference Wednesday. "I mean, I became president. No, I don't think they [the public] care at all."

A new Pew Research Center study shows the public does care about his tax returns.

Every president in the modern era has given this transparency, except Trump.

And that means the public doesn't know much about how and where he makes money.