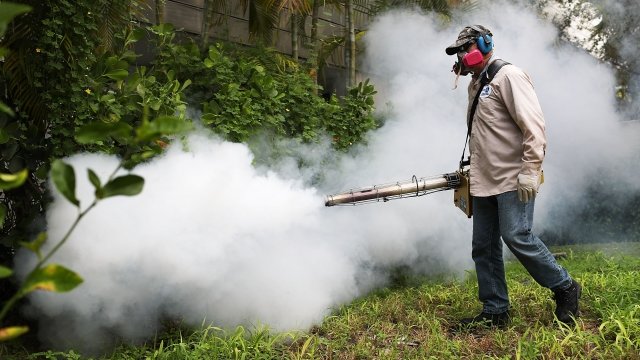 SMS
This Mosquito-Borne Virus Was Found In A Human For The First Time
By Ethan Weston
By Ethan Weston
June 23, 2018
The virus was discovered in the 1960s.
SHOW TRANSCRIPT

A certain mosquito-borne virus has been found in a human for the first time — but it could actually be relatively common.

A teenager in Florida is the first confirmed case of the Keystone virus, according to a new research paper published in the journal Clinical Infectious Diseases.

The virus was first discovered in 1964 in Florida and has been present in the animal population along the Gulf and East Coasts.

The virus is part of a family of viruses known to cause encephalitis. The teen who was diagnosed with it had a rash and a fever.

The lead researcher says the virus could be "fairly common in North Florida." Previous research suggests around 20 percent of people living in the region showed signs of Keystone virus antibodies in their blood.