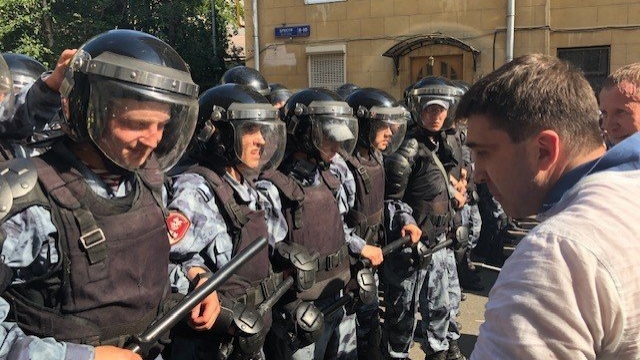 Russian police detained more than 1,000 protesters outside Moscow's City Hall on Saturday. The demonstrators were protesting upcoming local elections that reportedly barred around 30 independent and opposition candidates from running.

To be included on the September ballot, candidates are required to collect a certain number of signatures, depending on the size of the district. Authorities say they barred candidates lacking enough valid signatures. Opposition politicians say the signatures are valid and they're being blocked from the election for political reasons.

All of Moscow's city council seats are currently pro-Kremlin, and now they're all up for election. But protesters say officials are trying to maintain that status quo by only approving pro-Kremlin candidates.

The controversy spurred a series of protests this month, including one that drew 22,000 people. Protesters threatened to hold a larger one on Saturday. But authorities declared it illegal and initiated arrests, including opposition politicians.