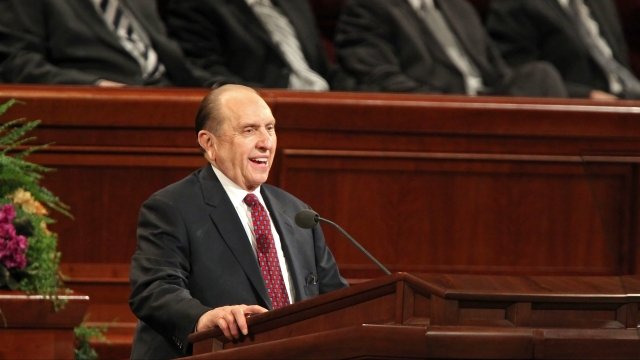 Thomas Spencer Monson, the president of The Church of Jesus Christ of Latter-day Saints, has died at age 90.

Monson was named president in 2008. Prior to that, he'd served 45 years as a high-ranking church leader.

While he was president, church membership swelled to almost 16 million worldwide.

The Church is expected to name its next president after Monson's funeral.