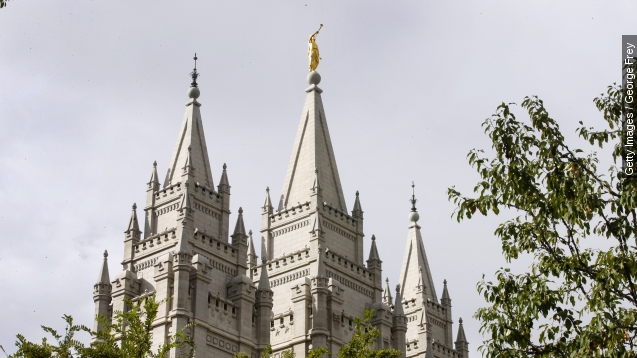 The Mormon church is defending a new policy that says children of same-sex couples can’t be baptized members of the church until age 18.

Earlier this week, The Salt Lake Tribune reported on leaked policy changes being made to The Church of Jesus Christ of Latter-day Saints' Handbook 1 — a widely distributed guide for leaders of the church.

According to a document posted by an LGBT advocate and excommunicated member of the church, children of same-sex couples — married or not — won't be allowed to be ordained or do missionary service until they have denounced their parents' behavior and get special permission from church leaders. The church later confirmed the policy changes.

"With the Supreme Court's decision in the United States there was a need for a distinction to be made between what may be legal and what may be the law of the church. … It's a matter of understanding right and wrong. It's a matter of a firm policy that doesn't allow for question or doubt," Elder D. Todd Christofferson said in a video released by the Mormon Newsroom.

"It's tone deaf. It's mean-spirited. And in the end. I think it's not what we should be doing as a church. Turning the children against their parents," a gay member of the LDS church told KUTV.

The decision came as a shock to those who have commended the church on their recent support of LGBT rights in housing and employment. But Elder Christofferson pointed to a precedent for the changes, citing similar policies regarding children from polygamous families. (Videos via KSL-TV and KTVX)