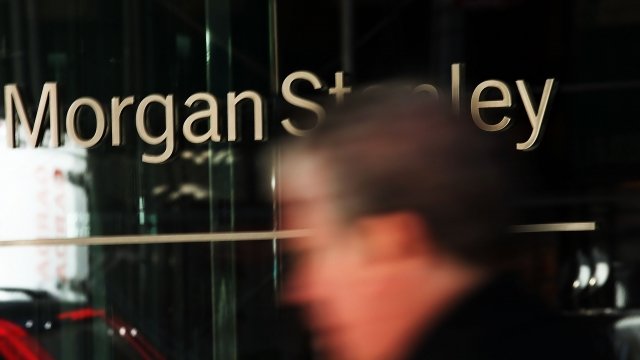 The Financial Industry Regulatory Authority, or FINRA, said Wednesday Morgan Stanley's program had "failed to meet the requirements" of a federal law that deals with detecting and preventing money laundering for more than five years.

FINRA alleges the company's automated anti-money laundering surveillance system "did not receive critical data" from other systems. It says that "undermined" Morgan Stanley's surveillance of "tens of billions of dollars of wire and foreign currency transfers," including some from countries known to have a high risk of money laundering.

FINRA also noted that Morgan Stanley had taken "extraordinary corrective measures" since it began its investigation. That includes improving its automated transaction monitoring system and revising its policies and procedures.

Morgan Stanley didn't admit to or deny FINRA's charges, but it's agreed to pay the fine to settle the matter.