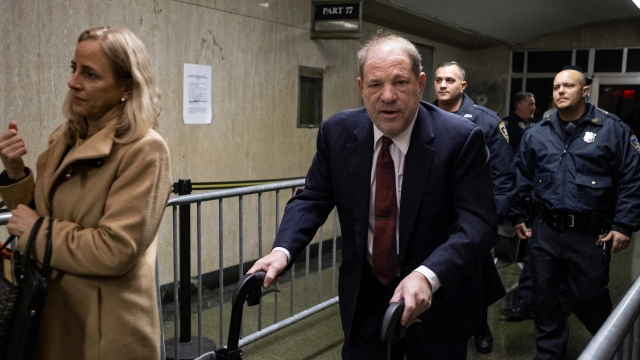 More women are set to testify against Harvey Weinstein in his New York rape trial this week.

Mimi Haleyi, a former production assistant for Weinstein, took the stand Tuesday along with her former roommate Elizabeth Entin.

The duo described to jurors a 2006 incident where Weinstein allegedly forced oral sex on Haleyi in his New York apartment.

Former actresses Dawn Dunning and Tarale Wulff are also testifying against the Hollywood producer. Dunning alleges Weinstein fondled her during a business meeting in 2004 and also offered her a movie role as long as she had sex with him and his assistant.

The prosecuting attorney said during opening statements that Wulff met Weinstein in 2005 as a cocktail waitress. She alleges he cornered Wulff in a hallway and exposed himself, but she was convinced he was "simply a dirty old man" and accepted his offer for potential acting roles.

The prosecutor says Wulff was later driven to Weinstein's apartment where he allegedly shoved her onto his bed and raped her.

Weinstein maintains all of his sexual encounters with women have been consensual. In total, more than 80 women have accused him of sexual misconduct dating back decades.

He is being charged with two counts of predatory sexual assault and one count each of first-degree criminal sexual act, first-degree rape and third-degree rape. If convicted on all counts, he could face anywhere from 10 years to life in prison.