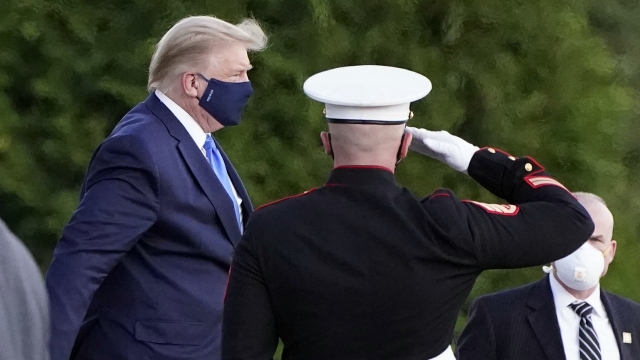 President Trump's campaign manager and his former adviser Kellyanne Conway have tested positive since he was hospitalized.

Since President Trump's hospitalization for COVID-19, many of his allies have also tested positive for the virus.

All three helped prepare President Trump for his Tuesday debate with Joe Biden.

U.S. Sens. Mike Lee and Thom Tillis have tested positive as well. Lee and Tillis are both members of the Senate Judiciary Committee and attended the president's Supreme Court nomination ceremony for Judge Amy Coney Barrett last Saturday. It's not clear if their diagnoses will affect the timeline for Barrett's confirmation.

The president and many members of the GOP have been downplaying the pandemic's seriousness for months. President Trump only occasionally wore a mask in public before his diagnosis.

The White House physician said the president is "doing very well" and is receiving an experimental treatment of remdesivir, which studies suggest may shorten COVID-19 recovery time.