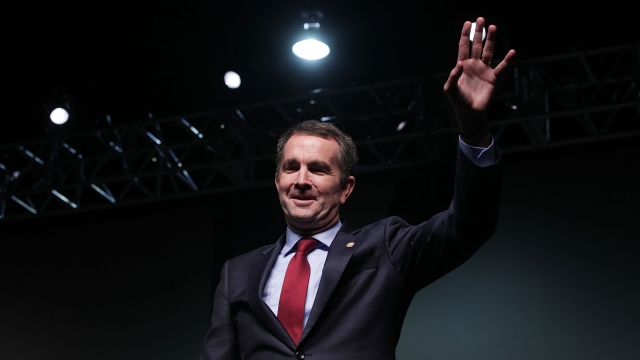 More and more people are calling for Virginia Gov. Ralph Northam to resign — including some high-profile members of his own party.

On Saturday, Northam walked back his initial confirmation that he was one of two people in a photo from his 1984 medical school yearbook. The picture shows a person who appears to be in blackface next to a person in a Ku Klux Klan costume.

"I reflected with my family and classmates from the time and affirmed my conclusion that I am not the person in that photo," Northam said during a Saturday press conference.

But a day later, Rep. Karen Bass, the chair of the Congressional Black Caucus, criticized Northam's decision to remain in office, calling him "completely dishonest and disingenuous."

Her comments came after other top Democrats pulled their support, including several Democratic presidential hopefuls, the NAACP and Northam's predecessor, former Virginia Gov. Terry McAuliffe, who predicted Northam will eventually step down.

"Once that picture with the blackface and Klansman came out, there is no way you can continue to be the governor of the commonwealth of Virginia," McAuliffe told CNN's "State of the Union."

If Northam does step down, Lt. Gov. Justin Fairfax would take over as governor, becoming only the second African-American to hold the position in state history. As of early Monday, Fairfax has not urged Northam to resign, but he did say he was "shocked and saddened" by the yearbook images.