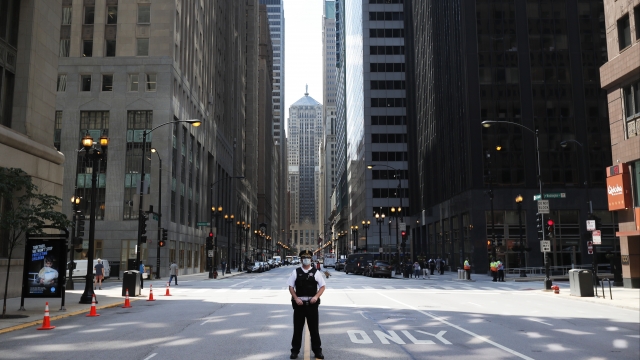 A 7-year old girl and a 14-year old boy were among more than a dozen people who were shot and killed over the July Fourth weekend in Chicago.

According to local reports, it's the third straight weekend that a child has been killed by gun violence in the country's third-largest city.

Police said Natalia Wallace was playing on the sidewalk Saturday in front of her grandmother's house when someone pulled up in a car and began firing, hitting the young girl in the forehead.

Chief of Operations Fred Waller: "It was a family gathering, so there were many kids. There were kids riding by on bicycles, as we said, enjoying a Fourth of July as they should have been and now this child is gone."

Varnado Jones was fatally shot at a separate holiday gathering hours later. Authorities say the 14-year old was one of eight people who were struck by bullets when four men walked up to the party and started shooting.

Chicago Mayor Lori Lightfoot condemned the violence on Twitter, writing, "We are making progress in slowing shootings, but we have to do better, every single one of us." She continued, "As a city, we must wrap our arms around our youth so they understand there’s a future for them that isn’t wrapped up in gun violence."

Just last week, the Chicago Police Department reported that almost 1,400 people in Chicago had been shot in the first six months of 2020 — an increase of roughly 42% from the same period in 2019. The number of people who have been murdered is similarly up 34% compared with last year.