More Than 90% Of Federal Workers Got Vaccinated By Deadline 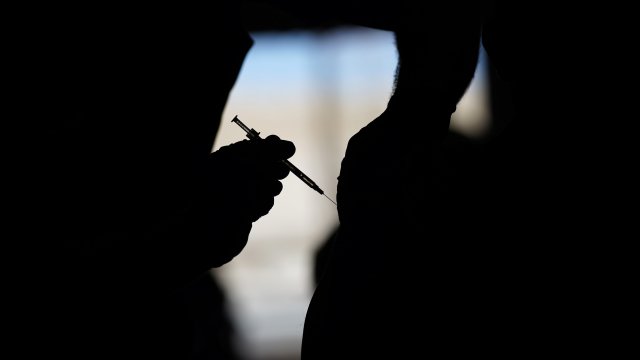 Workers who are not in compliance are set to begin a "counseling" process that could ultimately result in their termination.

More than 90% of federal workers have received at least one dose of a COVID-19 vaccine by Monday's deadline set by President Joe Biden.

President Biden announced in September that all federal workers were required to undergo vaccination, with no test-out option, unless they secured an approved medical or religious exemption. A U.S. official said the vast majority of federal workers are fully vaccinated, and that a smaller number have pending or approved exceptions to the mandate.

Workers who are not in compliance are set to begin a "counseling" process that could ultimately result in their termination if they don't get a shot or secure an approved exception to vaccination.

The official spoke on the condition of anonymity to discuss the statistics because the official wasn't authorized to speak on the record before their official release later Monday.

The deadline is a major test of President Biden's push to compel people across the country to get vaccinated. Beyond the federal worker rule, his administration is looking to compel large businesses to institute vaccinate-or-testing requirements, though plans for January enforcement have been on hold pending litigation.