More Than 7,000 Syria Refugees Flee To Iraq In Past Week 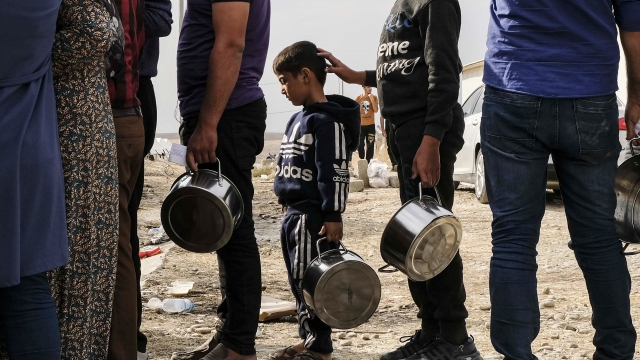 SMS
More Than 7,000 Syria Refugees Flee To Iraq In Past Week
By Meg Hilling
By Meg Hilling
October 23, 2019
The new refugees join close 230,000 Syrian refugees who have sought shelter in Iraq in the last decade.
SHOW TRANSCRIPT

Thousands of refugees from northeast Syria are making their way into Iraq in response to Turkey’s military operation in the region.

According to the United Nations High Commissioner for Refugees, more than 7,100 refugees have arrived in Iraq since October 14. An estimated three out of four are women and children, some of them unaccompanied minors.

A majority of the new arrivals are being sheltered at a camp in Bardarash, Iraq, which UN officials say needs to be expanded as more refugees arrive.

The UN says the refugees are requiring “psycho-social first aid,” from witnessing fighting between Turkey’s military and the Kurdish forces in the region.

Fighting broke out earlier this month, when President Trump announced the U.S. would be withdrawing troops from Syria. In response, Turkey, who has long viewed the Kurdish forces as a terrorist organization, launched a military operation in Kurdish controlled northeast Syria. According to Turkey, the aim of the operation was to establish a “safe-zone” between Turkey and Syria, so that one million Syrian refugees in Turkey could return to their country.

According to the UN, the fighting has only led to further refugee displacement. Prior to the new arrivals, the UN estimates around 228,000 Syrian refugees have sought shelter in Iraq over the last decade or so, as a result of ongoing “conflict and destruction,” in Syria.