Thousands Of Firefighters Battle More Than 60 Blazes In Western U.S. 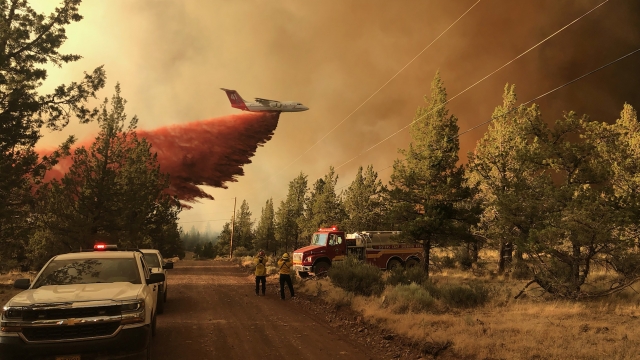 Thousands of firefighters are battling wildfires across a dozen states in the West.

More than 60 fires are burning in the region and across the country, fires have burned more than two million acres this years. That's larger than the state of Delaware. 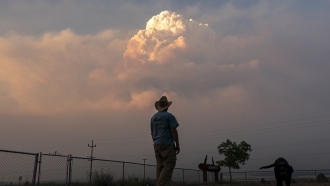 The River Fire in California – just south of Yosemite National Park – has scorched more than 9,000 acres, and it's one of the smaller fires.

Some of the biggest fires are spread across Washington, Oregon and California and a drought is making things worse. That means an early fire season is expected to last longer.

Another big factor driving those wildfires is the historic temperatures we're seeing in the West.

Many people have been forced from their homes and unfortunately some returned to just ashes and debris.

"I'm totally lost and no idea in this world what I'm going to do now because I'm not a rich person," Beverly Houdyshell said. "I can't just buy another house, boom, like that. I had insurance. I haven't heard from them yet. I called them but I haven't heard nothing."

Her home was destroyed by the Beckworth Complex fire in Northern California near the Nevada state line. That fire has destroyed dozens of structures, including several homes.

So, you have drought conditions and extremely hot temperatures but officials are also concerned about a jet fuel shortage that could hurt firefighting efforts.

Some airport officials say they may not have enough fuel for helicopters and planes that drop fire retardant. Arizona, Oregon and Utah are all experiencing shortages.

Demand for jet fuel dropped during the pandemic and supply has not been able to bounce back because of supply chain issues.