More Than 53,000 Voter Registrations On Hold In Georgia 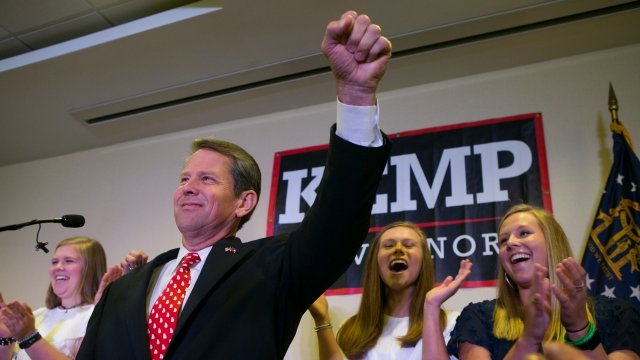 Tens of thousands of voter registration applications are on hold in Georgia, with a majority of them belonging to African-Americans.

The revelation comes from records obtained by The Associated Press, which found over 53,000 voter registration applications were on hold by the Georgia Secretary of State's office. Georgia's current secretary of state, Brian Kemp, is running as the Republican candidate for governor.

According to The AP, the applications were flagged because of Georgia's "exact match" voting process. Under the policy, the state can flag applications for further review over even minor differences between an application and a person's on-file information — like a typo or a middle name not being written out.

The AP also found almost 70 percent of the applications on hold were from African-Americans. The discovery has led to calls for Kemp's resignation and a pending lawsuit from Georgia's NAACP. Stacy Abrams, the Democratic candidate for governor, called Kemp "a remarkable architect of voter suppression."

Kemp's camp, though, blamed a voter registration group founded by Abrams for the discrepancy, saying the group didn't do a good job in registering voters, many of them being African-Americans.