More Than 500 U.S. Troops To Remain In Syria 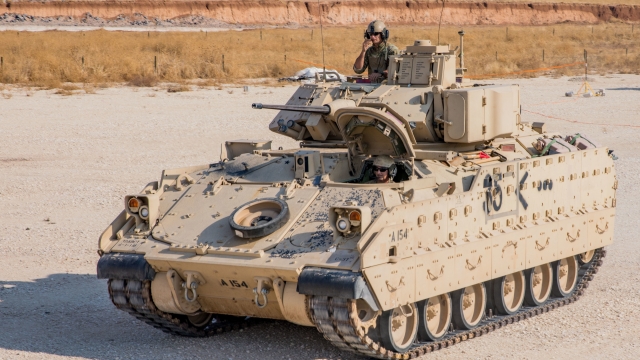 More than 500 American troops will remain in Syria once the U.S. is finished reducing its military presence in the region.

That's according to Gen. Mark Milley, the chairman of the Joint Chiefs of Staff. He wouldn't give an exact number while speaking with ABC's "This Week," but Milley did note troop levels would remain "in the 500-ish frame, maybe six [hundred.]"

President Donald Trump ordered U.S. troops to withdraw from northern Syria back in October. Turkey invaded the area shortly after the president's announcement, leaving Syrian Kurdish fighters on their own. The Kurds were an ally to the U.S. in the battle against ISIS.

The Pentagon later confirmed some U.S. troops will remain in Syria to guard Kurdish-controlled oil fields.

But when talking about why U.S. troops needed to remain in Syria, Milley focused more on the fight against ISIS. He told ABC, "There are still ISIS fighters in the region. And unless pressure is maintained, unless attention is maintained on that group, then there is a very real possibility that conditions could be set for a reemergence of ISIS."

There were roughly 1,000 U.S. troops in Syria prior to President Trump's withdrawal order.