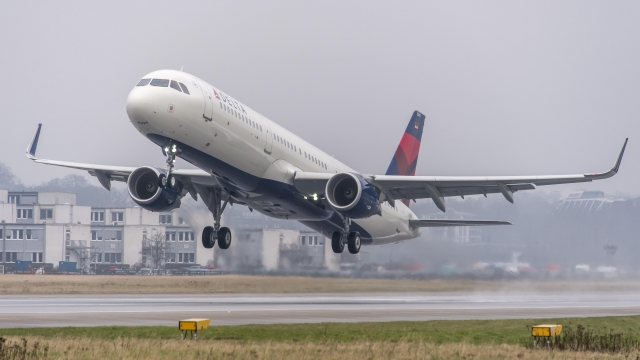 Delta Air Lines employees say their uniforms are making some workers sick. More than 500 Delta employees, most of them flight attendants, are suing Lands' End — the American clothing company that provided their "Passport Plum" uniforms.

They filed the class-action lawsuit on New Year's Eve in federal court in Wisconsin, where the clothing company is based. The suit says the uniforms "pose an ongoing, unreasonable risks of physical harm ... including threatening the [employees] with future serious health problems because of an allergic and/or sensitization response."

The uniforms, designed by fashion designer Zac Posen, came out in 2016, but employees have been required to wear them since May 29, 2018. More than 60,000 Delta employees wear them.

Delta insists the uniforms are safe. In a statement, the company said: "Our top priority continues to be the safety of our employees, which is why we invested in a rigorous toxicology study to determine if there was a universal scientific issue with the uniform. The results of the study confirm our uniforms meet the highest textile standards ... with the exception of the optional flight attendant apron, which we removed from the collection."

Delta employees conducted their own tests and found presence of "chemicals and heavy metals," including formaldehyde and mercury, that exceed "industry accepted safe levels for garments."