More Than 40 Dead After Explosions In Afghanistan's Capital 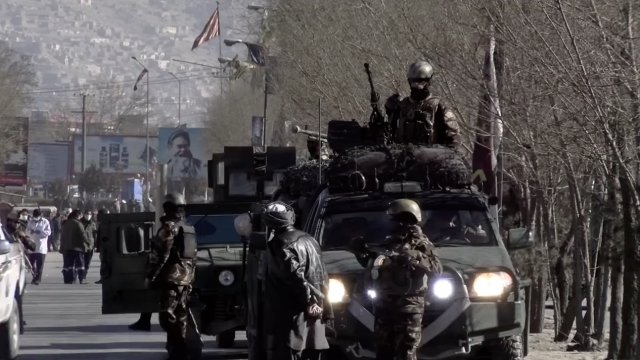 At least three blasts rocked a nearby a Shiite cultural center Thursday morning in Kabul.

At least 41 people are dead and more than 80 wounded after a series of explosions rocked Afghanistan's capital Kabul on Thursday morning.

Kabul's deputy police chief said a suicide bomber set off the first blast inside the center. Then, at least two other nearby explosions followed.

ISIS claimed responsibility for the attack.