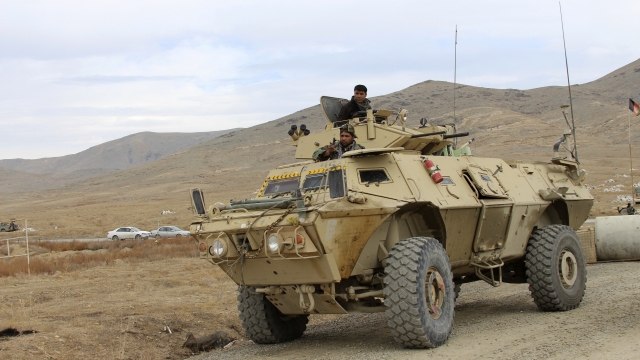 Officials in Afghanistan say at least 34 people were killed in two separate suicide bombings on Sunday that targeted a military base and a provincial chief.

There were no immediate claims of responsibility for the attacks, which took place as Afghan government representatives and the Taliban hold their first face-to-face talks to end the country’s decades-long war.

The U.S. plans to withdraw some 2,500 troops in January, leaving about 2,000 soldiers in Afghanistan as part of America's longest war.

Afghan officials, however, have expressed concerns that a rapid reduction in American troops could strengthen the negotiating hand of the Taliban.

Additional reporting by Rahmatullah Nekzad and Tameem Akhgar of The Associated Press.