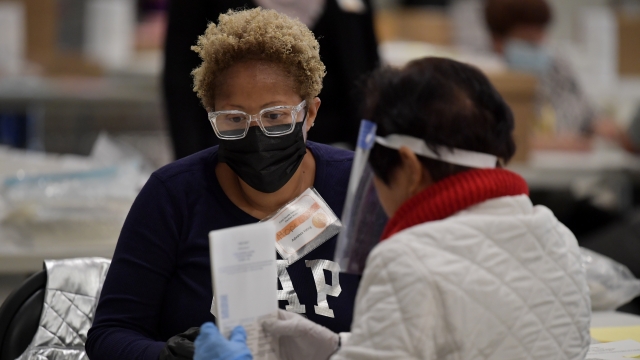 The recount in Georgia is expected to finish this week.

During the process, more than 2,600 votes have been found. The batch was not previously counted in the state's presidential race.

According to the Atlanta Journal-Constitution, the ballots were located in Floyd County in northwest Georgia.

Georgia's secretary of state said the mistake was human error.

"That's something that it's really, it's rudimentary. It's not something that shouldn't happen, but it did. And, but we're moving on and we'll be doing this for 159 counties, many of the counties are done, but that's why you do an audit," said Brad Raffensperger, Georgia's secretary of state. "We want to make sure that you catch any of these kinds of errors and you make sure that you can really verify the count that you have. So everyone has confidence in the results."

The ballots will now count toward the presidential race. But it won't be enough to change the outcome.

President-elect Biden leads in Georgia by more than 14,000 votes.