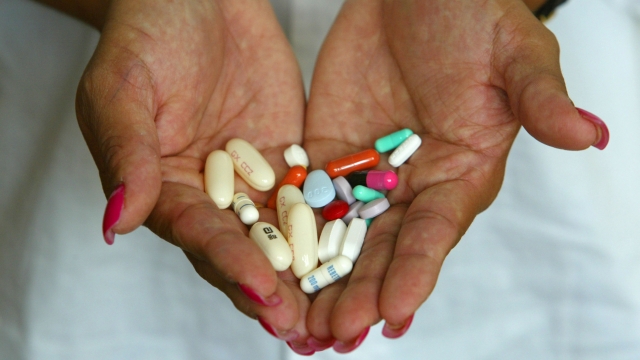 The United Nations has some promising news in the fight against AIDS.

According to a new report from UNAIDS, more than 18 million people around the world have access to lifesaving HIV medications. That's about a million more than last year.

If this trend continues, officials say they hope that the number of people receiving treatment will increase to 30 million by 2020.

And that treatment is helping more HIV-positive people live longer than ever before. Researchers found there were nearly 6 million adults over the age of 50 living with HIV in 2015.

SEE MORE: 'Patient Zero' Wasn't Responsible For The US AIDS Epidemic; NYC Was

But preventing the infection all together isn't going as well. There were more than 2 million new cases of HIV reported in 2015 — the same number recorded for the past three years.

And girls and young women are especially at risk, particularly in sub-Saharan Africa. According to the report, thousands of females between the ages of 15 and 24 are infected with HIV every week.

Health officials say that's often because they don't seek treatment out of fear that their families will discover they had a sexual relationship with an older man.

Since the AIDS epidemic began in the 1980s, 78 million people have become infected and 35 million have died.