More Than 118,000 Voters Left Off Rolls In One California County 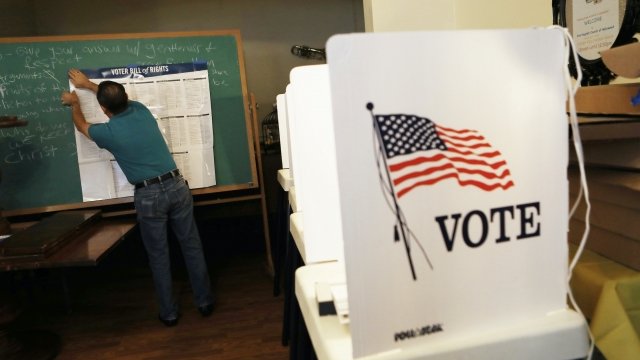 The names of more than 118,000 registered voters were left off the rolls in Los Angeles County because of a printing error, according to election officials.

That error affected roughly a third of the county's 4,357 precincts during the California primary on Tuesday.

In California's so-called "top-two primary," the top two vote getters advance to the general election in November regardless of their party affiliation.

Officials in Los Angeles County said they're working to figure out the root cause of why some voters' names were not included on the rosters.