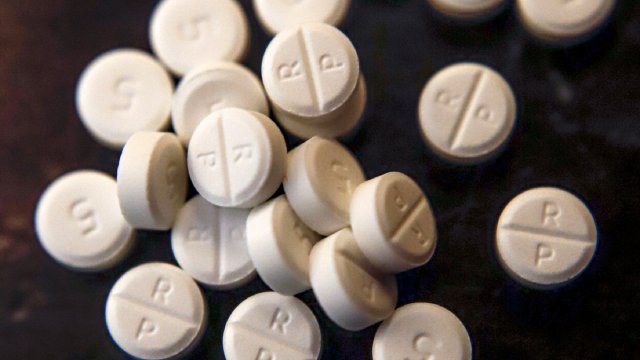 Katie Schumacher of Milwaukee says her brother, Kevin, struggled with mental illness growing up. It led him to self-medicating and eventually, dying from a drug overdose.

"He thought he was purchasing percocet from someone he trusted," Schumacher said.

The pill was laced with fentanyl.

Joseph Friedman is an addiction researcher at UCLA.

Friedman says the illicit drug supply has become more and more toxic, and worsened by the pandemic.

His research has also found Latino and Black communities are facing the brunt of the overdose crisis right now.

Friedman says much of the why has to do with lack of access to employment, housing, health care, and treatment.

It also has to do with arrests happening in numbers disproportionate to use, putting individuals — once out of jail or prison — in unstable situations.

"All evidence points to the fact that this is only going to continue to get exponentially worse year after year," Friedman said. "Of course, there are many things that we can do. And there are a number of other countries that have been successful in decreasing overdose risk."

The U.S. Department of Health and Human Services allocated $9.7 billion to the Substance Abuse and Mental Health Services Administration for 2022, including $137 million for a prescription and drug addiction treatment program and $165 million for a rural communities opioid response program.

"We need things like low barrier connection to treatment for opioid use disorder," Friedman said. "In this country, it's incredibly difficult and very expensive to access even basic treatments for substance use disorders. And I think that is an unfortunate reality of having a for-profit health care system."

In Milwaukee, decreasing overdose risk includes getting free testing strips into the community.

"Our primary objective here is to keep people alive long enough to engage them in treatment and help them," said Mike Lappen of Milwaukee County Behavioral Health Services.

"I am hoping that it will save any family the pain that our family has had to go through," she said.