More Than 1,000 Measles Cases Recorded In US This Year 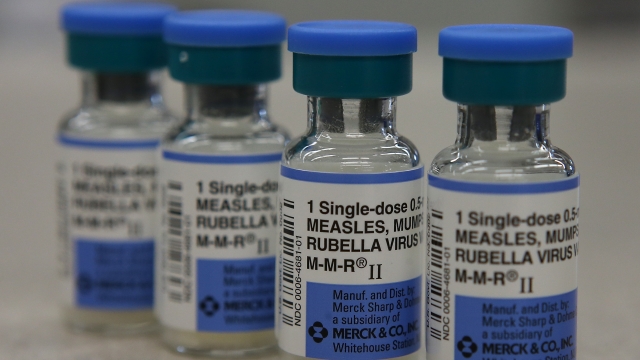 SMS
More Than 1,000 Measles Cases Recorded In US This Year
By Katherine Biek
By Katherine Biek
June 6, 2019
The Centers for Disease Control and Prevention said Wednesday there have been 1,0001 cases of measles reported so far in 2019.
SHOW TRANSCRIPT

The number of measles cases reported in the U.S. continues to rise.

The Centers for Disease Control and Prevention said Wednesday there have been 1,001 cases of measles reported so far in 2019. That's the highest number since 1992, when the country saw more than 2,100 cases.

In a statement, Health and Human Services Secretary Alex Azar continued to urge people to get vaccinated, pointing out that the measles vaccine is "given safely to millions of children and adults each year."

While more than half of U.S. states have reported at least one person contracting measles, a large number of cases are from outbreaks amongst Orthodox Jewish communities in New York.

The CDC already warned that if these outbreaks continue through the summer and fall, the U.S. could be forced to remove measles from its list of "eliminated" diseases.